Bach Ma temple is located in the heart of the Old Quarter Hanoi, more than 1,000 years old, the oldest temple in the capital city. The history of this temple dates back to the 11th century, was built by the King Ly Thai To to honour a white horse that guided him to this site, where he chose to construct his city walls. Bach Ma temple was one of the four district gate temples of ancient Thang Long citadel.

The architectural construction seen today in the temple is more reminiscent of the 18th century due to a massive reconstruction. You will enter Bach Ma temple through some ancient wooden doors, then you will see the beautiful decorated interior and a red-lacquered funeral palanquin. You will also find a statue of the white horse, a shrine to Confucius and a Phoenix Altar for offerings to the four seasons. 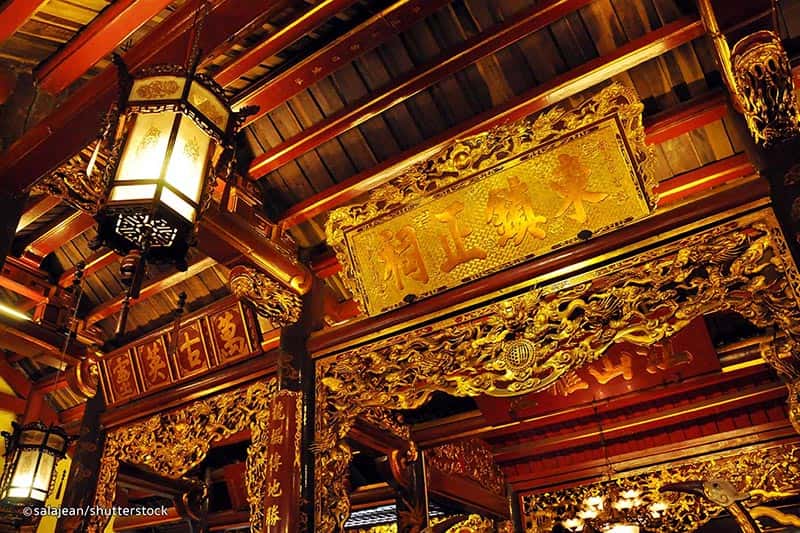 Bach Ma Temple is still actively used by local Hanoians who come there to burn incense and pray. It is a well maintained small temple that is easily reached and offers an opportunity to see locals practice their beliefs.